Since the time Glific has been launched, many NGOs have started their journey with pilots and used their learning to make their actual program launch a success. Digital Green is one of those NGOs that made sure to use Glific at its best to make an impact on its beneficiaries.

With a mission empowering smallholder farmers to lift themselves out of poverty by leveraging the collective power of technology and grassroots-level partnerships, Digital Green started their journey with Glific with a specific goal, they are looking to engage smallholder Chilli farmers in Andhra Pradesh by sending timely advisory information that will help them with preventive steps from Leaf Curl, a plantation disease, and curation steps if their crop is already manifested with the disease during the crop cycle.

It was a year-long journey starting in 2020 to mid of 2021, The DG team was very cooperative and always ready to utilize the learning from the pilot and make required adjustments to the actual program launch.

In the early stage of the pilot, they figured out that farmers were finding it difficult to type in local language to their queries or even for a simple question like the name of their village.

The farmers were comfortable with saying the answers instead of typing them and that’s where the idea of voice bot got germinated.

Digital Green collaborated with NavanaTech and integrated it into Glific to create a platform that allows farmers to engage with Chatbot through voice notes.

In Jan 2022, DG ended the program as the crop season ended too and started getting ready for the next phase around March 2022 when the next crop season will start.

The data collected through the program has a lot of insights on the behavior of the farmers and how they were interacting with the Glific Chat/Voice bot.

DG has enrolled 199 farmers on this program out of which 82% have joined through chatbot and others through IVR.

For better and effective engagement with 199 farmers, DG used visual content as well. They figured out relatable visual content that helped farmers to understand the activities better.

In order to increase the engagement, Digital Green designed targeted traffic generation ads to promote the program in the farmer’s community 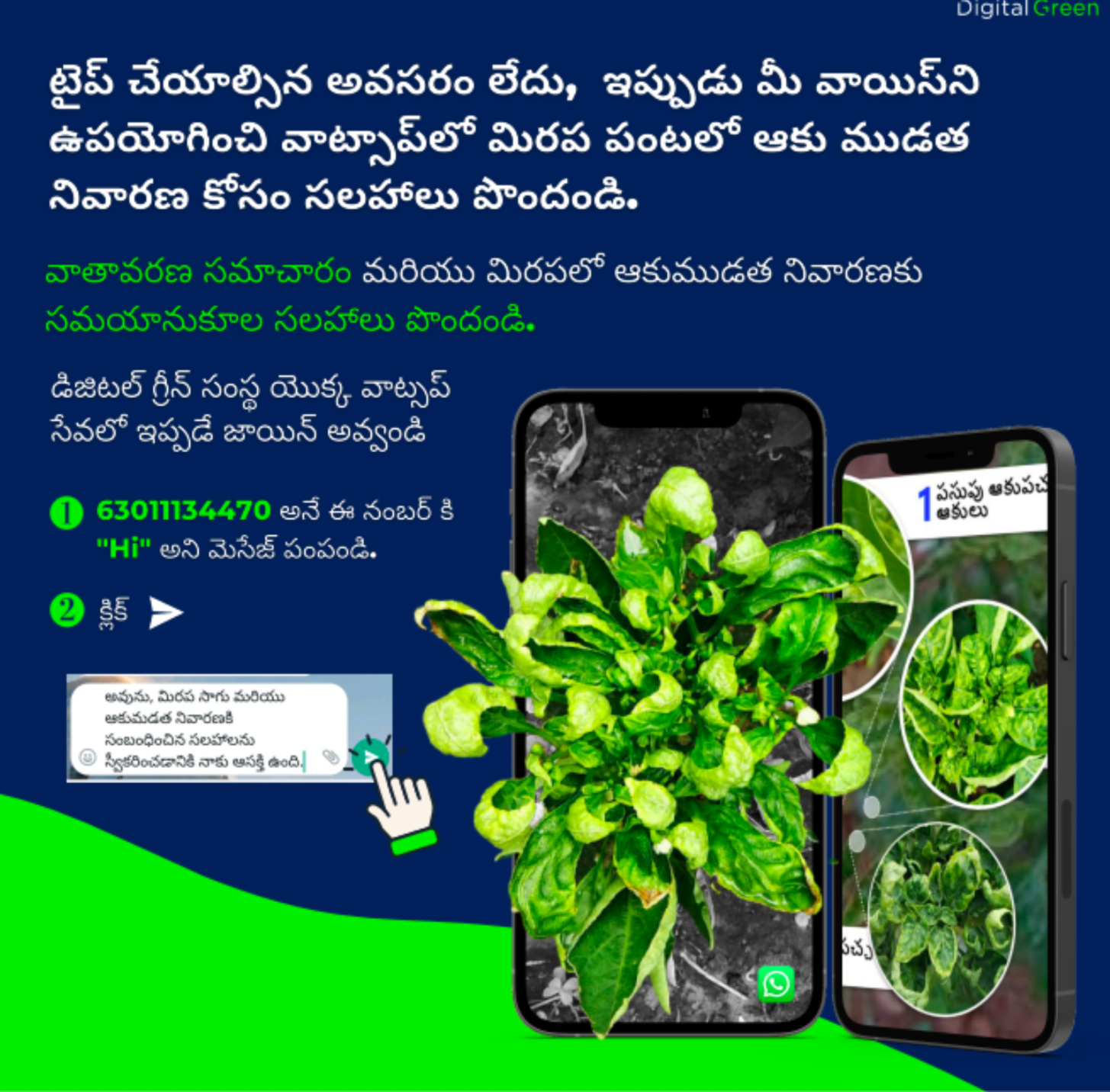 Farmers also share images of the crop as part of the program. The farmers were able to understand the activities and were participating to get benefits from the program.

With all the data collected from the pilot and actual program, DG accumulated these learnings that helped them to understand their target audience a bit better and something to utilize in the upcoming programs as well. 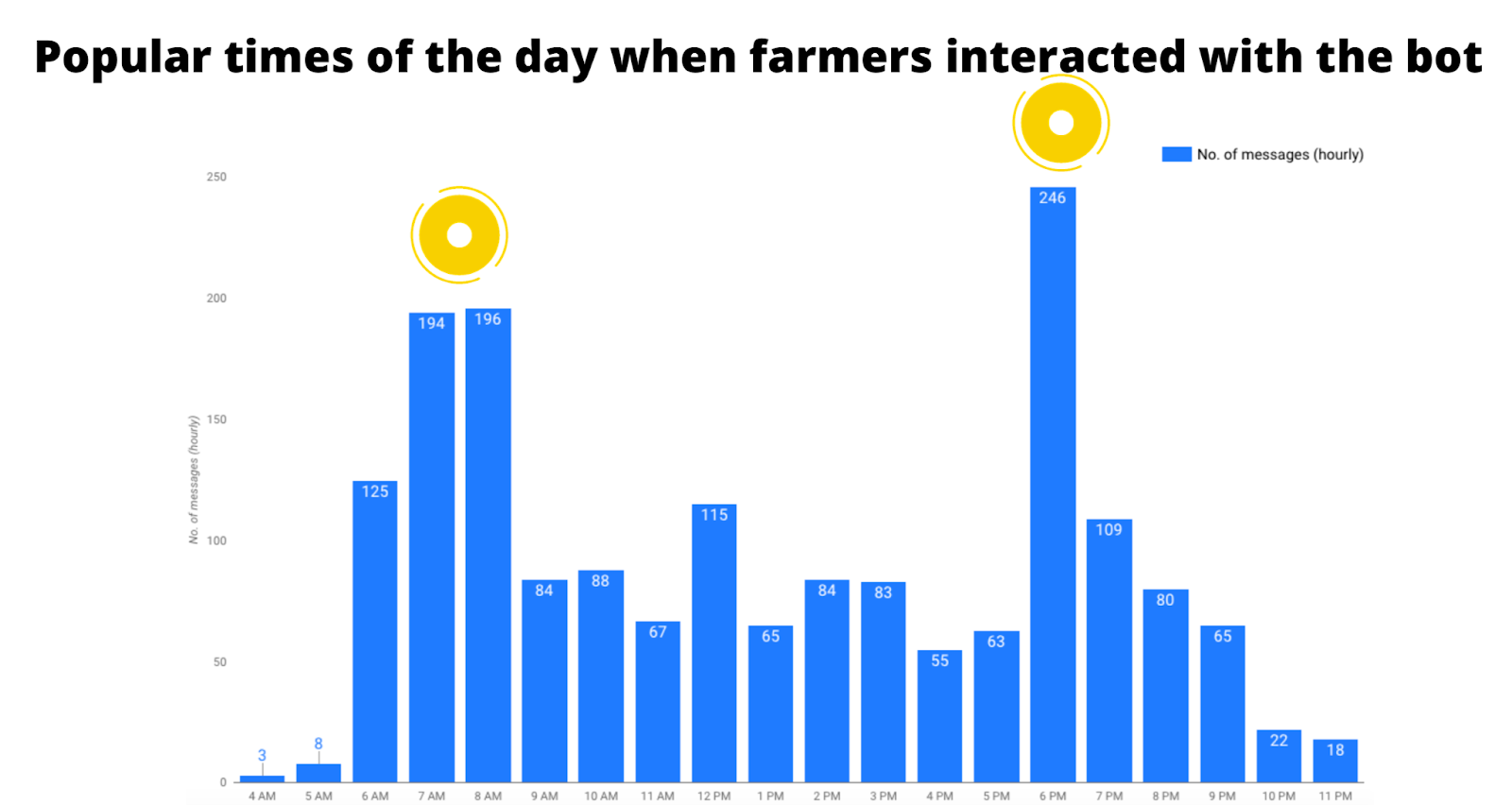 All the findings were only possible with data analytics and effective program design. They identify the data points in the program design phase which helped them to get an in-depth analysis of the program and the stages it includes.

With the identification of these data points, DG generated various analytics and reporting on the data collected through the farmers. The data helped them to understand the behavior of the farmers and to make their upcoming program more effective and impactful

Voice responses received at each node

User engagement at each node

Learnings specific to the program

It’s been a great experience working with Digital Green on this program and all these learning, information, and experiences will be utilised in the next upcoming program.

Glific team has also shared their experience working with Digital Green in these blogs. Please do give them a read as well.

Indus Action is a non-profit organization based in India that works to improve...

The blog is written by Saurabh Singh, Piramal Foundation When I joined Piramal...

Glific Sprint is always a great opportunity to connect and work closely with...